Race to the Top

Why, how, and when to exit a business you built from scratch with Ricardo Oliveira, ThousandEyes 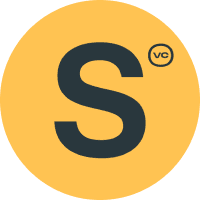 In the early two-thousands, the internet didn’t look like it does today. A lot of the technologies we now have easy access to were still emerging back then, and Ricardo Oliveira wanted to learn all about them. He moved to the US over 15 years ago to enroll in the Computer Science Program at UCLA, where he met Mohit Lad who first turned into his research partner, and later co-founder of ThousandEyes.

Back then, they were trying to build tools that could be used by network engineers to help troubleshoot routing issues across the Internet. One of these tools - Cyclops - detected internet routing hijacks and alerted users via email. When Ricardo finished his PhD, they decided to start a business to commercialize some of the Internet monitoring ideas they have been exploring in their research work. After applying for a National Science Foundation grant, they got $150k to start their business.

This was in 2010. Since then the business grew to almost 500 people with offices all over the world and acquired hundreds of customers (including 80 of the Fortune 500). After a decade of growth, the company was acquired by Cisco in 2020. For the second episode of our “Race to the Top” podcast, we spoke to Ricardo Oliveira about his experience, covering why, how, and when to exit a business you built from scratch.

Both Ricardo and his co-founder had PhDs in Computer Science, which meant they had a deep understanding of how the Internet worked at a global scale. They started by focusing on a very niche, specialized but underserved market - Internet Monitoring - to get the first set of customers. After that, it was a constant process of product iteration and pivots to finally get to product/market fit and broaden the product and customer base.

Even though he was outside of his home country, Ricardo believes starting a company in Silicon Valley offered additional advantages, including the high concentration of services and people to support entrepreneurs: “I remember we were just on LinkedIn going through some profiles and sending messages to people. And we ended up meeting lots of high-profile advisors or potential investors.” It wasn’t always easy, but it was about using humour to get through the hard times and focusing on the positive. In addition, building something you are passionate about with really smart people you can have fun with, definitely helped.

Their road to being acquired began with partnership conversations with Cisco, and dwelling whether it was best to keep that partnership or consider an acquisition. The big question they had to face was: “is this acquisition going to accelerate the long term vision of the company, and be a good home for the business, product and people?”

Listen to the full conversation and subscribe to the Shilling Podcast, here or on Spotify.